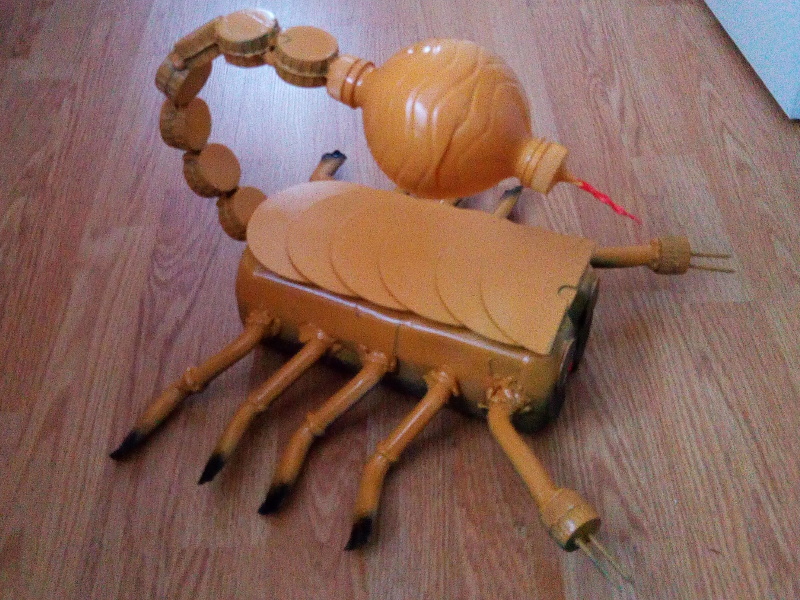 What can you do with all those plastic bottles and other rubbish that goes straight into the recycling bin? I made a Scorpion Junk Bug!

What I did to make my scorpion

I forgot to take photos as I went so I will just have to describe what I did and show the end result.

For the body I used two milk bottle cartons. I cut them in half and fitted the bottoms halves together to make a long rectangular body. The legs and claw arms were all made from milk bottle handles; two handles per leg and one for each claw arm. So 18 milk bottles in total (I like drinking milk!)
For the legs I took two handles , put a slit in one so it would sline inside the other and secured it with a blob of glue. I also slit the foot end, added another blob of glue and squeezed it together to make the foot.
The claw was made from bottle lids and a couple of old nails. These were then glued to the handle arm.
These were attached to the body by plugging them onto rods made from rolling a small length of lemonade bottle and sliding it through holes in the body. Everything was glued firmly into place. 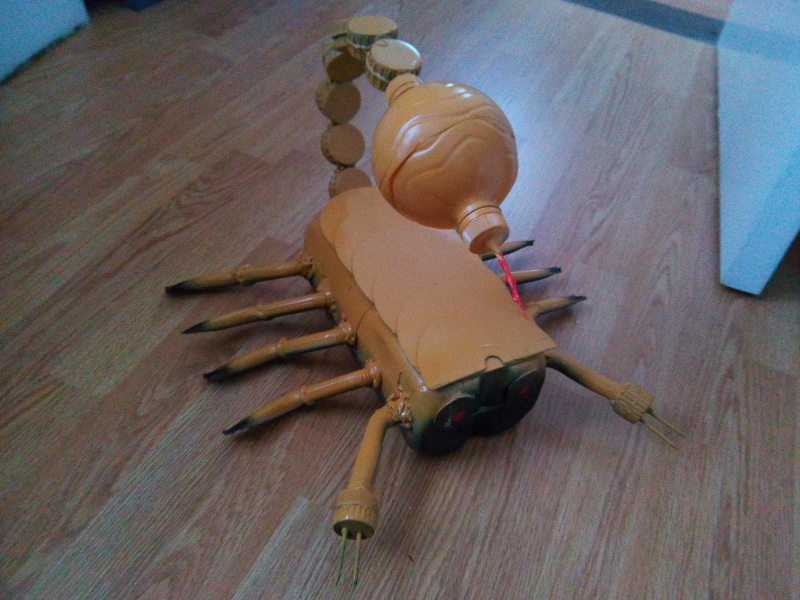 I made the tail from an old metal coat hanger secured to the back of the body. I attached milk bottle lids alone the tail.
I made the stinger by using two lemonade bottles and cutting off off the bulbous ends and plugging them together to make a ball. One of the lids I heated and poked a cocktail stick through it (it took a couple of tries). The stinger was then attached into the end of the tail.

The I made the exo-skeleton by putting a few old CDs along the back.

Finally I spray painted my scorpion; black underneath and orangy brown on the top side. Adding red eyes and a red stinger point to complete. 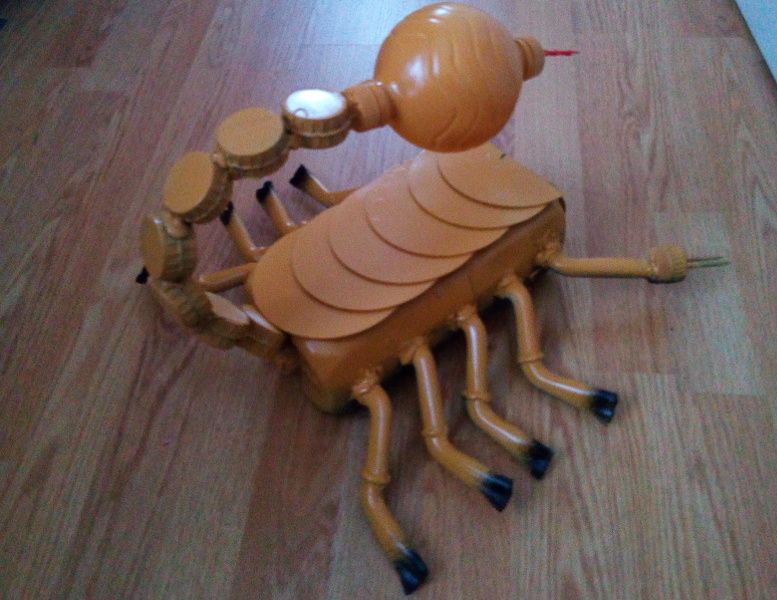 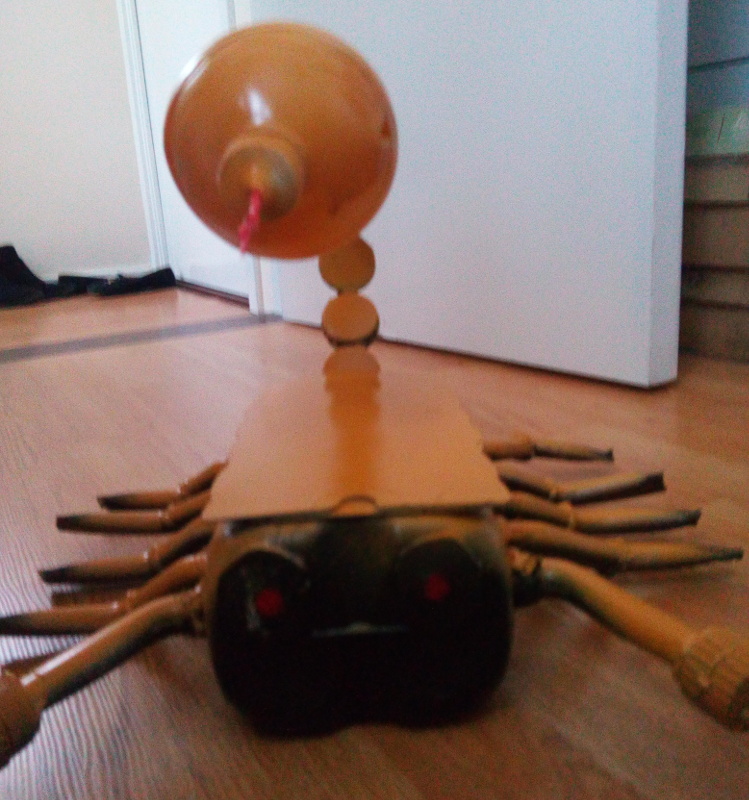